Geniuses: Past and Present

In case anyone thinks I don’t know what I’m talking about (and yet, still decides to read this blog), here’s a bit of an “I told you so.”

The 2009 MacArthur Fellows were just announced and among the scientists, writers, economists, doctors and artists was the photographer Lynsey Addario.

Because I recently posted about her, I clearly deserve to share some of the credit. I will hold the honor proudly and humbly.

But, in all seriousness, it’s so exciting to see a photographer recognized and awarded this highly prestigious “genius grant.” Fellows are nominated anonymously and the lucky chosen few receive $500,000 over 5 years with no strings attached.

According to the MacArthur Foundation, the recipients are “talented individuals who have shown extraordinary originality and dedication in their creative pursuits and a marked capacity for self-direction.”

Addario joins some estimable company which, among many other notable figures, includes another photographer I greatly admire, Fazal Sheikh (his images below).

Many congratulations and much thanks to Addario and all of the other recipients for creating such worthwhile, inspiring and important work. 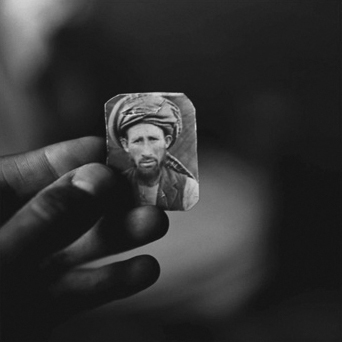