I’m so excited to have my photographs of Sirima‘s loft featured today on Design Sponge! Her home and workspace is just as beautiful and unique as her art. Be sure to check it out! 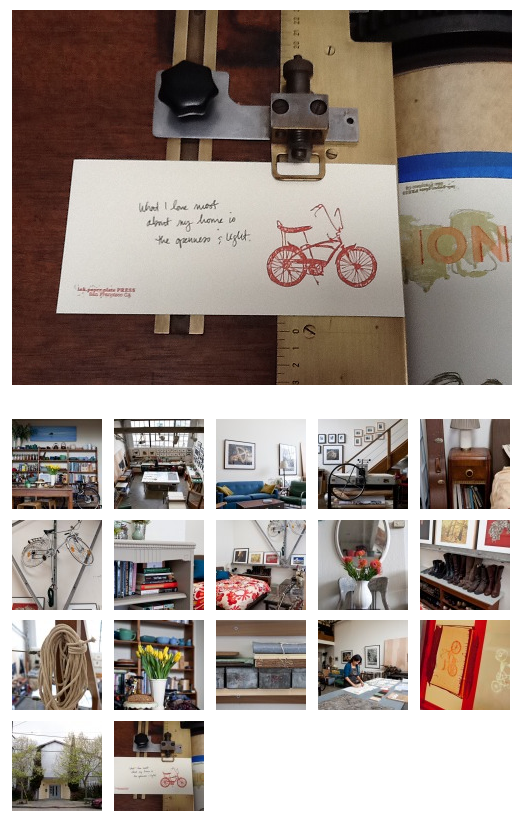 Thanks in large part to the calming voice and poofy hair of Mr. Bob Ross, to this day I find globs of paint and palates incredibly comforting. So photographing the blue-hued corner of Suzy Barnard‘s studio for my Dogpatchwork project was a pretty great way to spend the morning. 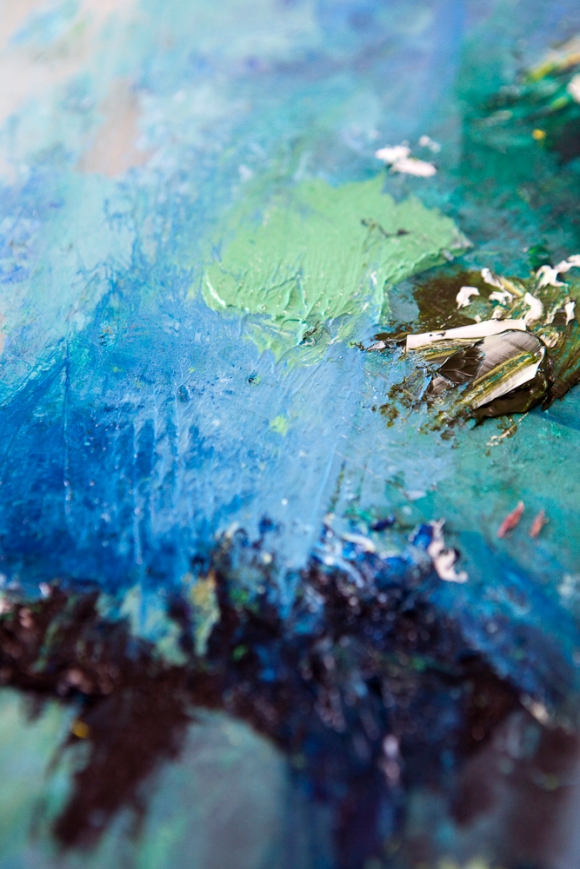 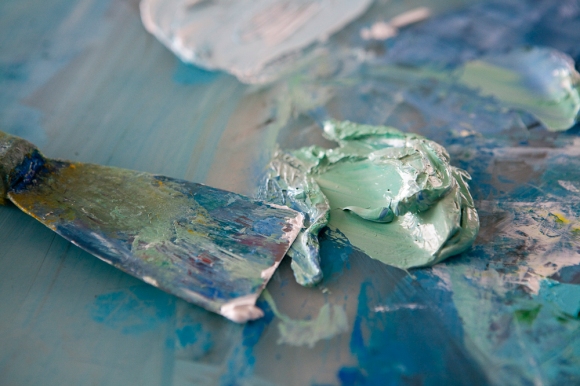 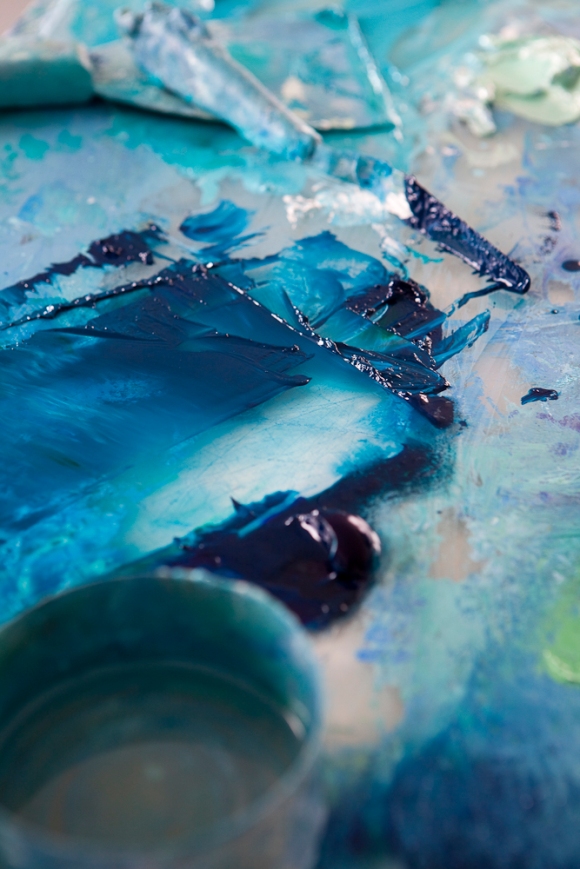 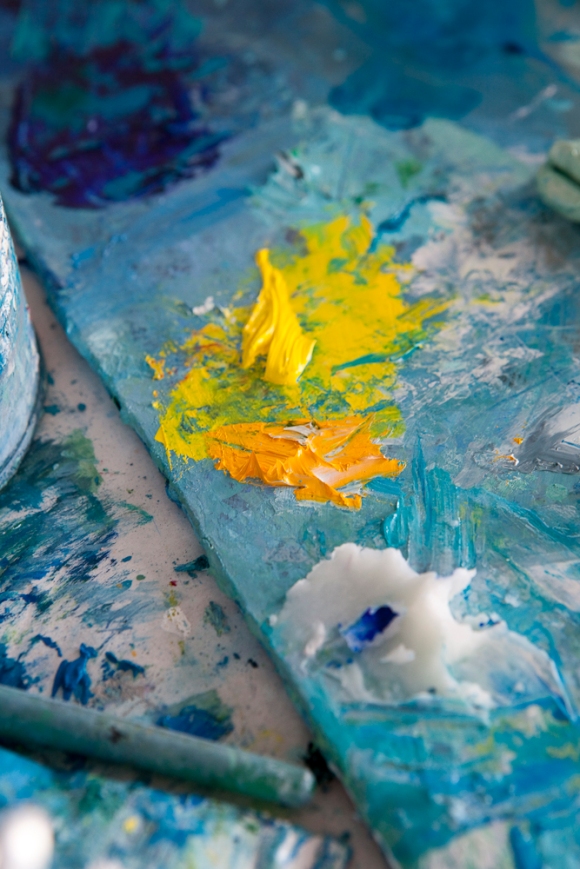 My very talented friend Chloé is having a show of her work at La Boutique and I was thrilled to make a little teaser video to spread the word. She creates wonderful, whimsical, colorful pieces with paper that are so worth seeing in person. Get yourself there on the 27th!

I’ve recently started to get to know and work with the folks of The Workshop Residence, a fantastic program in Dogpatch. Providing residence and production facilities to artists who produce limited edition works, it “aims to foster and promote innovative cross-pollination between the worlds of craft, art and design.”

The artist currently in residence is Lauren DiCioccio , whose work is thought-provoking and beautiful and friendly nature is infectious. Last Sunday, she led an embroidery workshop, at which I happily spent hours at a long table, meeting new people and concentrating on tiny stitches, a pretty impressive feat. 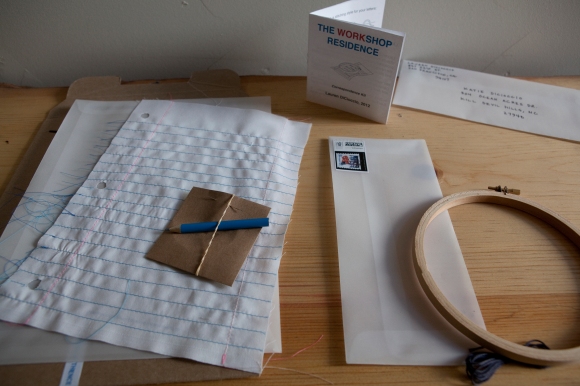 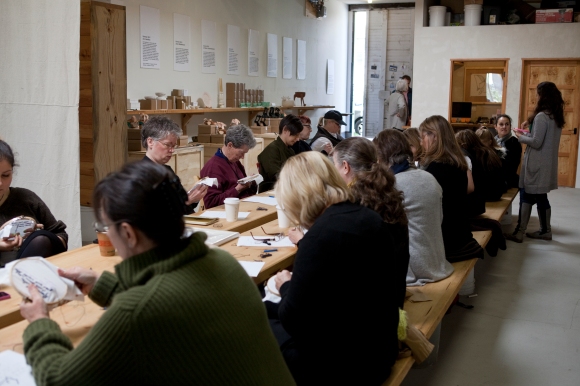 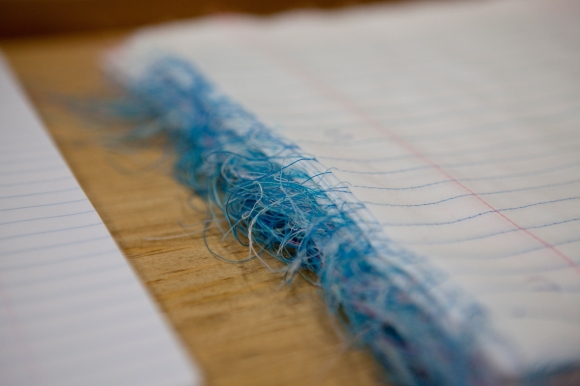 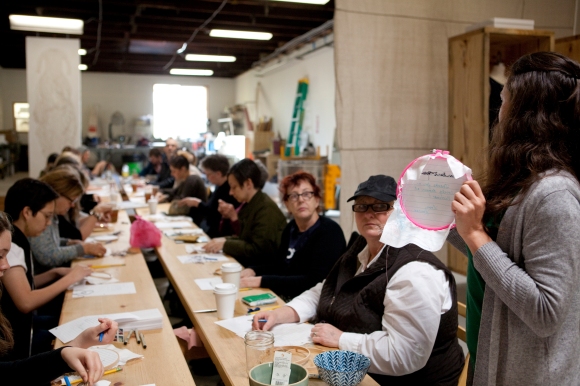 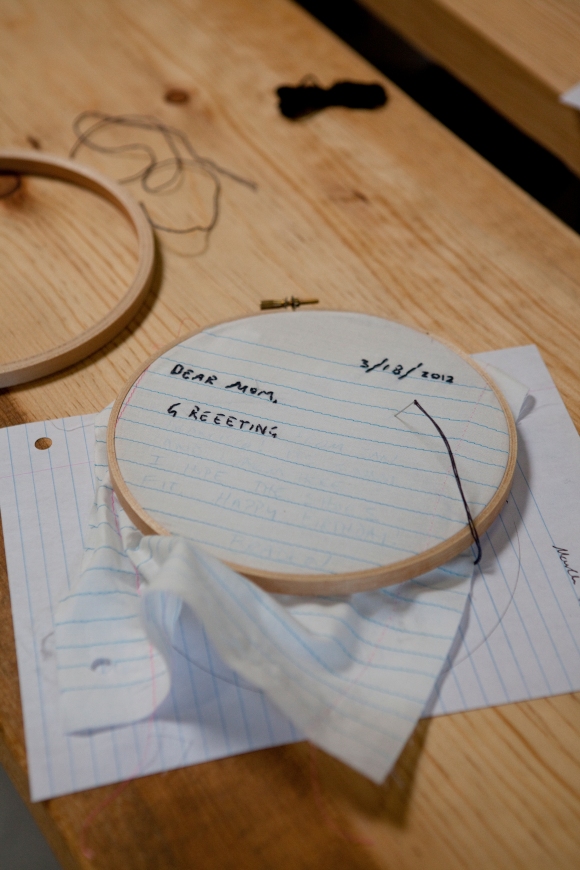 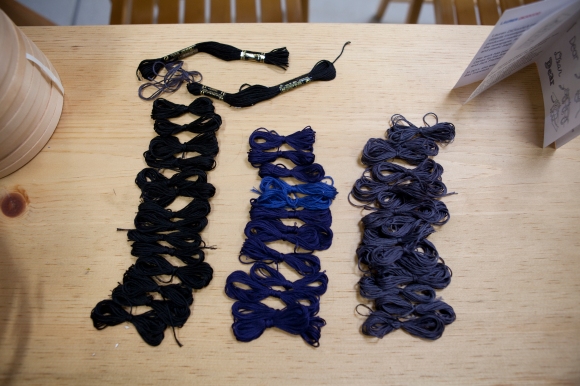 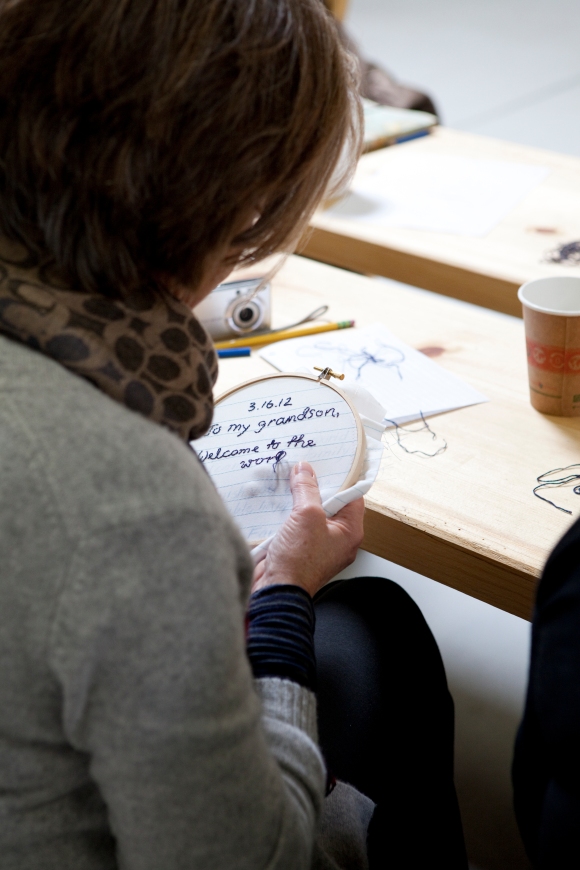 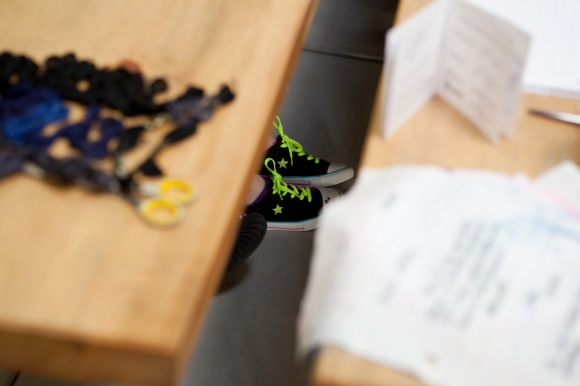 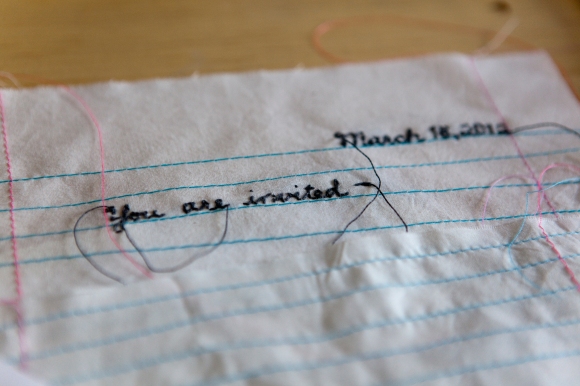 Good thing to keep in mind

“Not to bring up something upsetting, but when you leave here today, you may go through a period of unemployment. My suggestion is this: Enjoy the unemployment. Have a second cup of coffee. Go to the park. Read Walt Whitman. Walt Whitman loved being unemployed. I don’t believe he ever did a day’s work in his life. As you may know, he was a poet. If a lot of time goes by and you continue to be unemployed, you may want to consider announcing to all appropriate parties that you have become a poet.”

There is a crack in everything

That’s how the light gets in. 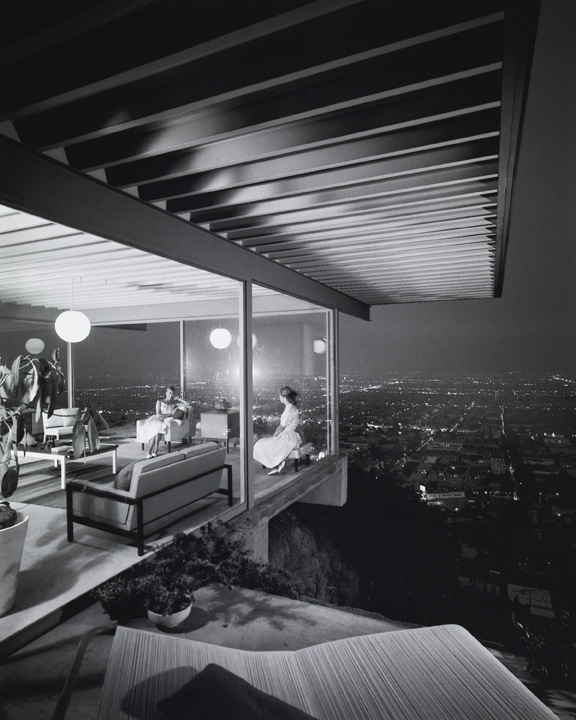 “I think that art has its greatest effect when it makes people sensitive to life. And that’s more important than how well or badly images can stir people to immediate political action. That belief gives me the courage to do the kind of things I do.”

-John Wood, text from the statement at his ICP show

Enjoy Penn Station, for once

As a girl born and raised in the New Jersey suburbs, I’ve spent many an hour in New York’s Penn Station.

Sometimes it was good: Waiting for the first weekend morning train with my then-boyfriend and taking a walk around the block at sunrise.

Sometimes it was bad: Rushing for the midnight train with the Z100 Jingle Ball concert crowd of pre-teens and their mothers, as they held hands in rows and screeched.

Oftentimes it was ugly: Drunken Rangers fans after a loss, the dim, sad lighting in the underground station and the insane look in people’s eyes when the track for their train is posted.

Yet, with all of these associations, I was still thrilled to come upon this video of Jorge Colombo‘s finger painting of Penn Station.

The New Yorker‘s use of Colombo’s paintings, all done through an iPhone app, is old news to most now, but they continue to delight me and the discovery of these videos showing the process was especially thrilling.

At my university, all art majors were required to take an “Art in 3D” course, to ensure, I suppose, that we emerged with a well-rounded art education. I stumbled my way into photography and have never claimed to have much artistic skill without a mechanical aide, so this was quite a challenge for me. Yet, somewhere amidst the insanity of building an extainer and carving a plaster suitcase, my professor introduced me to the work of the German architect and structural engineer Frei Otto and for that I will be forever grateful. 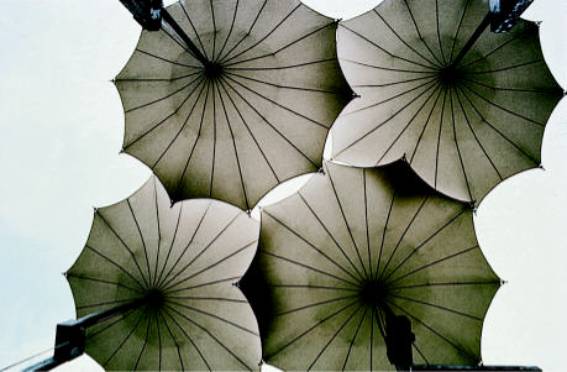 Stage umbrellas for a concert tour of the group Pink Floyd, 1978 (together with B. Rasch and Office Happold) 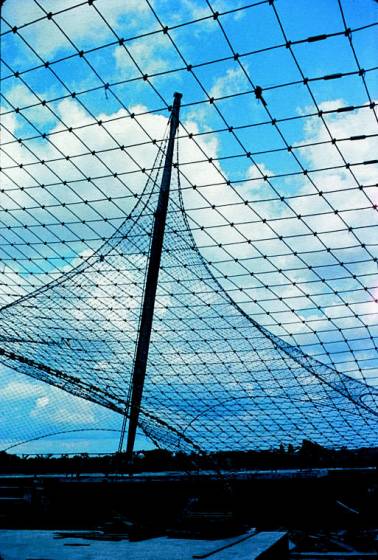 The cable net of the German Pavilion during installation, Expo '67, Montreal, Canada 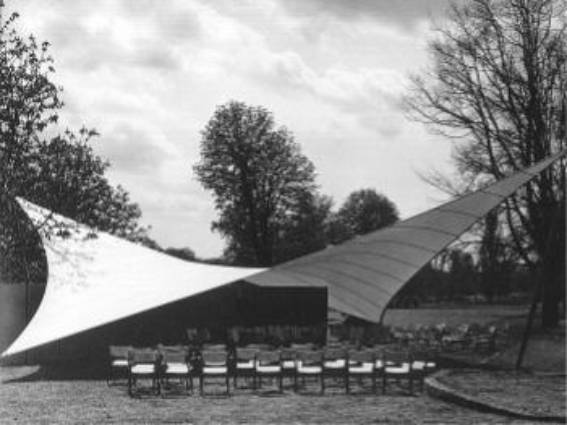 Four-Point Tent as a Music Pavilion of the Bundesgartenschau, Kassel, Germany 1955 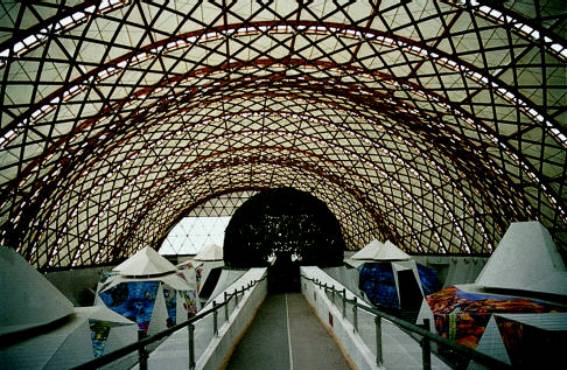 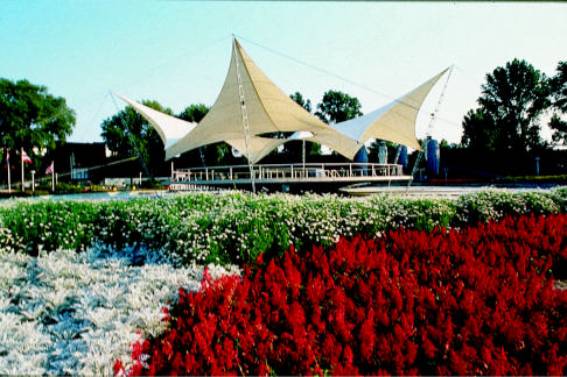 Pavilion ”Tanzbrunnen“ over a dance floor at the Bundesgartenschau , Cologne, Germany 1957 (in cooperation with E. Bubner, S. Lohs and D.R. Frank)